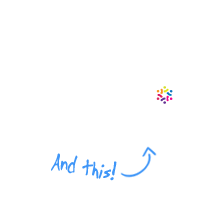 Bruce Burt, PE, P.Eng. has been promoted to Senior Principal, a new position at Ruby. Bruce has been with the firm since the year of its founding in 1984. He is Ruby’s Vice President of Engineering and has been integral to the firm’s growth. Bruce’s most recent work includes the Hard Rock Stadium Canopy, Miami Gardens, Florida; work at the Kings Bay Naval Base in Georgia; and the Tulsa Gateway Pedestrian Bridge in Oklahoma. Bruce is a registered professional engineer in 24 states, the District of Columbia, and a P.Eng in three Canadian provinces.

John Matuska, PE, DBIA has also been promoted to Senior Principal. John has worked with Ruby for his entire career since 1993. He leads Ruby’s Client Relationship Development (CRD) efforts and has managed some of Ruby’s largest and most complex projects including many for General Motors, FCA, and Thyssenkrupp. John is a member of the Mill Building Operating Committee for the Association of Iron & Steel Technology (Technical Report 13). He spoke recently at the Lean Construction Institute Congress about Ruby’s LeanSteel™ service. He is a registered professional engineer in 18 states and a certified Design-Build Professional®.

Jeff Gasparott, PE has been promoted to Principal. Jeff has also been with Ruby his entire career since 1997. He leads the firm’s Erection Engineering service group. Some of Jeff’s notable projects include Little Caesars Arena, Detroit; the Cincinnati Football Club TQL Stadium in Ohio; and the award-winning Kauffman Center for Performing Arts, Kansas City, Missouri. Jeff has presented nationally at NASCC: The Steel Conference several times. He is a registered professional engineer in Michigan.

Thad Greiner, PE, SE has also been promoted to Principal. Thad has been with Ruby since 2004 and leads the firm's Building Design service group. Thad’s notable projects include Blue Cross/Blue Shield Expansion, Chicago, Illinois; a Melt Shop for Charter Steel, Cleveland, Ohio; and the Wayne County Community College District Wellness Facility in Detroit. He is a registered professional engineer in Michigan, Ohio, and Wyoming, and a licensed structural engineer in Illinois.

Allison Shenberger, PE has also been promoted to Principal. Allison has been with Ruby her entire career since 2004 and she heads up the firm’s Service Leader group. Her notable projects include current work for the Hudson’s Site project in Detroit; the Glass Pavilion at the Toledo (Ohio) Museum of Art; and the Hard Rock Stadium project in Miami Gardens, Florida. Allison is a member of the American Council of Engineering Companies/Michigan scholarship committee and the American Institute of Steel Construction/Modern Steel Construction magazine editorial advisory panel. She is a registered professional engineer in Michigan and New York.

Chad Fox, PE, SE has been elevated to Associate, Senior Project Manager. He leads the firm’s Grand Rapids office and heads up Ruby’s Heavy Lift Engineering service sector. Some of Chad’s notable projects include the Notre Dame Stadium Expansion, South Bend, Indiana; the I-94 Gateway Bridge in Taylor, Michigan; and current work for FedEx in Indianapolis, Indiana. Chad has presented at the Specialized Carriers and Rigging Association Workshop about rigging and lifting devices. He is a registered professional engineer in Michigan and a licensed structural engineer in Illinois.

Andrew (Drew) Twarek, PE, SE has also been promoted to Associate, Senior Project Manager. Drew has been with Ruby for his entire career since 2005. He is the firm’s Construction Engineering service leader. Some of Drew’s projects with Ruby include the award-winning Martin Drake Exoskeleton System, Colorado Springs, Colorado; Paint Platforms for the Mackinac Bridge, Mackinaw City, Michigan; and recent work at the Hudson’s Site, Detroit. Drew recently presented at NASCC: The Steel Conference in Denver about construction engineering. He is Treasurer for the Structural Engineers Association of Michigan (SEAMi) and will serve as the group’s President-Elect beginning in May 2022. He is a registered professional engineer in Michigan and Ohio, and a licensed structural engineer in Illinois.